Learn to Love your Anxiety, Part 4: Id’s not what you think Id is! 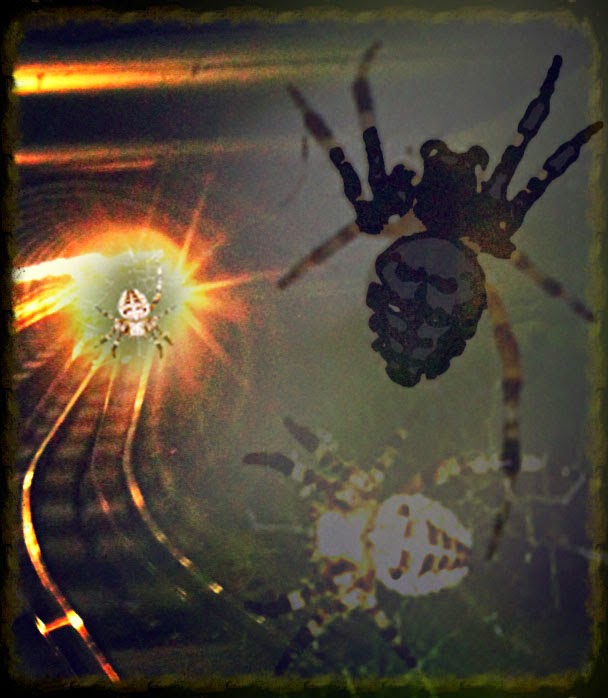 In my last post, I talked about getting to know your “Inner Cheesecake”–the part of us which always seems to be on the receiving end of advice and/or criticism from the rest of ourselves. Why do I think this is so important?  And why do I think we need to not only know our Inner Cheesecake, but come to love and embrace it?

Certainly, Sigmund Freud, the father of psychoanalysis, did not see this part of our consciousness in a very positive light.  He called this part the “Id”, and saw it as a:

“. . . dark, inaccessible part of our personality . . .  a chaos, a cauldron full of seething excitations. … It is filled with energy reaching from the instincts, but it has no organization, produces no collective will, but only a striving to bring about the satisfaction of the instinctual needs subject to the observance of the pleasure principle.”[1]

It’s easy to see that Freud doesn’t really know or trust his Inner Cheesecake.  To him, the Id is the invisible place where “there be dragons”, not really knowable in itself, but only identifiable by the way it “constricts” or otherwise influences the rest of our behaviour–like the way a Black Hole can only be inferred by the way it sucks matter into it. Because this region is so impulsive and unpredictable, according to him, it needs to be kept in check by an inner morality squad, which he called the “Superego”.

This predominantly negative view of the Id has become pretty much the mainstream perspective since Freud’s time, probably because it fits so well with pre-existing Judeo-Christian perspectives that view  the world, and our inner natures, as the battleground between good and evil.  The consequence of all this is that the Id, when it is acknowledged at all, only exists as that which must be controlled, managed and shamed into submission.

This perspective dominated psychological thought until the middle of the last century, when Neo-Freudians reframed the “Id” as the “Inner Child”.  Most of us have heard this term before, and it represents some improvement over our previous conception of the Id. Now this part of our psyche is described as,

” . . . a state in which people behave, feel and think similarly to how they did in childhood. For example, a person who receives a poor evaluation at work may respond by looking at the floor, and crying or pouting, as they used to when scolded as a child. Conversely, a person who receives a good evaluation may respond with a broad smile and a joyful gesture of thanks. The Child is the source of emotions, creation, recreation, spontaneity and intimacy.” [2]

In this new conceptualization, the Id is no longer the place where things go bump in the night. Now, it is actually knowable, albeit as a capricious and troublesome youngster.  It is “sulky” and “pouting” one minute, joyful and smiling the next.

But wait! What’s this? The Inner Child is also seen as the source of other qualities not necessarily associated with children–emotions, creativity, spontaneity and intimacy. What is going on here?  Is this really an Inner Child we are talking about, or is it much more than that?  The Transactional Analysts ( the school of thought behind this perspective) tie themselves in theoretical knots trying to account for the way the Id seems to mutate the closer you look at it.

About the same time Transactional Analysts were wrestling with this problem, the first Experiential Therapists (that’s my school) took their kick at the can.  They do not see consciousness as a more or less static structure, composed of discrete parts, like the Id, Ego or Superego.  They believe it only looks that way as a consequence of the conflict between what we believe we ought to be, versus the way we actually are.  That is, those qualities we associate with the Id (or Inner Child) remain dormant and invisible until they are acted upon by the Superego (what Transactional Analysts call the “Inner Parent”).

For example, three-year old “Johnnie” is shamed by his parents for being “selfish”.  But children of this age are supposed to be self-centred; it’s a normal stage in their development. So little Johnnie faces a terrible dilemma–he must somehow become “un”-selfish, and since this is not possible, he must either deny it  (Who me?  Selfish?) or suppress it (lecture to self: “Johnnie, stop being such a selfish little bastard!).  In order to do this, he splits his consciousness in two: one part identifies with his parents and comes to see his selfishness as wrong and shameful, and another part contains the selfishness and feels shamed and defective.

I need to pause at this moment to point out that even talking about these warring factions as “parts” is misleading, because what we are really describing is an activity, something we do to ourselves, one traumatic split at a time, whenever we are asked to respond to one of these “no-win” situations, beginning in infancy and continuing throughout our development.

Viewed in this light, the “Id” is not something we are born with.  It is not one part of an overarching structure called a “personality” or a location somewhere in our mind (whatever the “mind” is).  It is simply an accretion of all of those walled-off characteristics and/or behaviours our society and family deem unacceptable. This is why Freud found the “Id” so scary and unknowable and why the “Inner Child” seems to possess qualities that are decidedly adult.  The characteristics we suppress are entirely contingent upon what is bad and shameful in our particular family and society, and as such, might sometimes look like an “Inner Woman” (in a misogynistic culture), an “Inner Artist” (in a society that resents and mistrusts creativity), or even an “Inner Faggot” (n a world that mandates compulsory heterosexuality).

From this perspective, both the Id and the Superego look more like artifacts of trauma, rather than naturally occurring sub-structures.  I often wonder, if we encountered  a culture that really loved and respected children, would they even have an ego state that resembled an ‘Inner Child’?  Perhaps they would have an “Inner Dung-Beetle”, or something that was equally distasteful to their society.

Now, you might think all of this is just so much psychological hair-splitting, but it has major implications for treatment. If you start from the premise that we are born with a piece of our personality that is, by definition, inherently unknowable–a kind of garbage can for all the things we fear and loathe–then there is little scope for change.  And while the metaphor of the Inner Child is one I use with my own clients, I often chafe at its one-dimensionality; it doesn’t really capture the complexity of human experience. Furthermore, whenever I ask some big macho guy to get in touch with his “Inner Child”, I can practically hear his eyeballs rolling around his sockets.  It sounds juvenile, and it renders the knowledge gleaned from this perspective somehow less worthy.

Recently, I worked with  a woman from a visible minority who was struggling with an an issue involving her sexuality.  As we explored her concerns, we did in fact discover ancient wounds that came from childhood trauma, and as a consequence, had a childlike perspective.  But as we went further into her internal dialogue, we also discovered a ”voice” that belonged to the mature woman in her–a part that felt angry and diminished by the way she had been taught by society to treat herself.  Going even deeper, we came to another inner perspective that was deeply wounded by internalized racism (that is, the way her own psyche had learned to view, and vilify, people of her race).  This complexity of perspectives is not unusual, but can only be appreciated when we respect and esteem that part of us which has hitherto been suppressed and denigrated as a consequence of traumatic splitting.

In Experiential or Emotion-focused psychotherapy, we believe the human psyche is naturally predisposed to towards healing and growth.  This can only happen when we understand and embrace the parts of us which are wounded, denied or disrespected. However, when awareness of these wounds tries to surface, it comes into conflict with (what Freud called ) the Superego (or the Inner Parent), whose job it is to preserve the status quo.  It does this by mounting the same arguments which were used to wound us in the first place, by telling us our feelings “don’t matter”, and that we are “crazy”, “bad”, “sick” or “perverse” for having them.  The point where these two perspectives meet is the place where we experience the sensation of anxiety.

When the woman in my example listened to her “Id” she was able to reclaim important parts of her sexuality, as a misinformed and traumatized youngster, a sexually repressed woman and as a member of a racially oppressed minority.  Her “Id” was not the seething swamp of chaos that Freud posited, but a multi-hued source of crucial information and, ultimately, deep wisdom.

This is why I say we must learn to love our anxiety. It is not something that just arises out of the blue. It is triggered by something, external or internal, that reminds of of an unhealed trauma or an unresolved issue.  Underneath the anxiety, our “Inner Cheesecake” is trying to tell us something, and if we listen to it with patience and respect, it is a rich, delicious source of knowledge and creativity. If we do not listen to ourselves, if our “Superego” is successful in depressing our feelings, then the parts of us which are unheard become hopeless and despondent.  This then, is what we experience as “depression”.

Viewed in this light, it is now possible to see that anxiety and depression are simply polar opposites of the same cycle; one is not visible unless acted upon by the other. Some of us are more aware of the anxious end of the cycle and others are more aware of being depressed. Some people experience both, although not usually at the same time. The good news is this: if depression and anxiety are something we do to ourselves, we can also learn to stop.

Up till now, my focus has been on anxiety, as if it were an entity unto itself. This is how anxiety is normally addressed by mental health professionals.  But actually, it is impossible to understand anxiety or effect any kind of change unless we look at the force which is creating it.  In my next post, we will begin to look at this locus of depressive activity which Freud called the “Superego”.  Where does it come from and how can we identify its activities? What mechanisms does it use to depress our feelings, and how can we learn to change the way we relate to ourselves?

The way we relate to ourselves has enormous implications for the way we feel from moment to moment. When we learn how to listen and respond to our needs and feelings, we can go from feeling helplessly anxious or depressed one moment, to feeling calmer and more connected, the next.